Let us find the “ Ten Commandments”, guidelines for soldiers, working for peace at home or on missions abroad, by researching the roots of our believe and faith.

At the invitation of Bishop Santo Marciano, the Military Ordinary of Italy, The AMI delegates from 4 continents met from 17-21 September 2017 to discuss together “Searching for our Roots”: finding the central core or a new “10 commandments” that all Catholic military, young and old, could use to focus their lives in the midst of any military activities.

Because of the location in Rome, in addition to academic and military experts, we were close enough to receive a talk from Archbishop Tomasi who emphasized that international law is essential to human interaction, and that such law truly needs a moral basis. Cardinal Gianfranco Ravasi, president of the Pontifical Council for Culture, explained how the church truly sees the military not simply as a protector of society, but as an integral part of contemporary culture— both in its role as peacekeepers and in responding to emergencies. As Prof. Dr. Theo de Wit elaborated, in the military context, this means pursuing patriotism (love of one’s country and the desire to share its benefits) rather than a nationalism that can often descend into violence.

ancient walls. This was a major new initiative, which opened new doors and allowed members and delegates of AMI to interact with others of their nations in that event and coordinate future activities.

Perhaps the best aspect of meeting in Rome was the encounter on Wednesday morning with His Holiness, Pope Francis, at his general audience. Not only did our president and secretary general get to present him with AMI insignia, all delegates received his special blessing—and will bring back grace and enthusiasm to their respective nations and military units.

In addition to the election of a new president Vice-Admiral (ret) Matthieu Borsboom, a new secretary general Col Domenico D’Órtenzi, and treasurer, SGT Damiano Pandolfo, discussions centered on making AMI more accessible to every rank of military worldwide (possibly through an App that could be downloaded freely on any cell phone, and actions on this task have begun). We also pursued building on the diplomatic activities in this conference to be of greater value as an NGO to the Vatican or any group needing to tap into the experience of faithful Catholics serving worldwide in a variety of nations and military units. A final product of the search for roots was an elaboration of the AMI acronym that, like the 10 commandments, could be easily remembered in any circumstance:

A for amore, a love for God above all things and love for our fellow humans in every age and location (even in an adversarial force);

I for information, including sharing the message of Christ by word and example, even in the worst of circumstances, and by every means possible.

As the delegates and all attendees return home, they will carry there the beginnings of diplomatic endeavors, the start of an App initiative, the glory of the wonders of Rome and the blessings of the papal encounter to their nations, bishops and people. 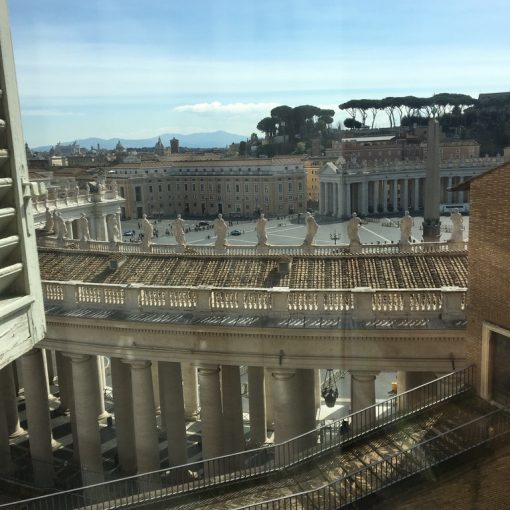 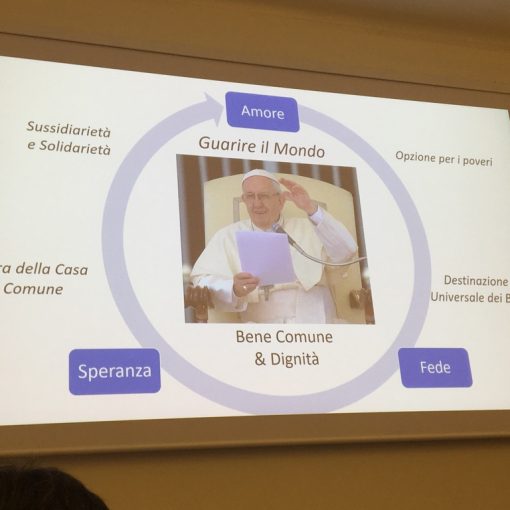 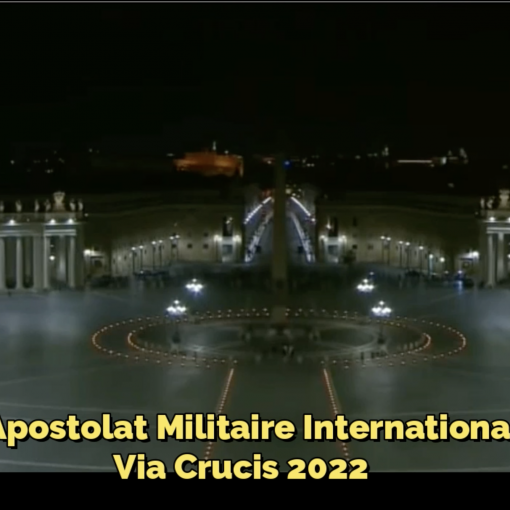 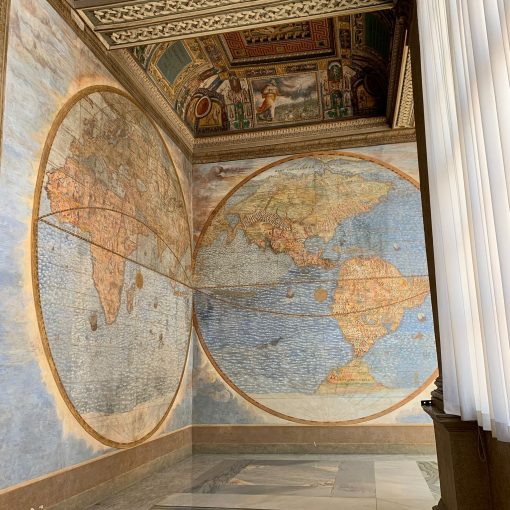